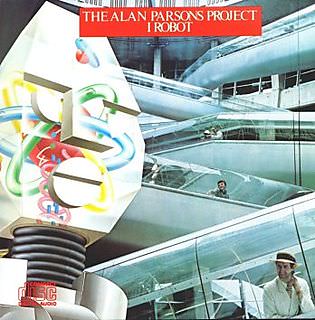 I'm a little behind in reading my Wired, but today I read something about I Robot getting released in a 30th Anniversary edition. It made me dig up my CD of I Robot, suck it into iTunes, and give it a listen for the first time in ages. The album still holds up fairly well, 30 years later!Meanwhile, it made me think about the days when artists actually built their albums around a theme.These days, it seems the vast majority of artists throw a number of songs on a CD and call it good without regard to any central theme. I'm sure there are exceptions as I don't make a habit of listening to current music. Point them out in the comments.Even if there are artists that actually put together "albums" that are a coherent piece meant to be listened to from beginning to end, the way we listen to music has changed a lot. Instead of popping in a tape or CD and listening to it from beginning to end, we rip everything into iTunes, or Windows Media Player if you must. We "mix" the songs up with everything else, and listen to one "song" after another.While there are individual pieces of music from each of these albums--and damn it, I don't care what they aren't on vinyl anymore, but they're still albums--that one can listen to standalone, there are just some albums begging to be heard from beginning to end. They include:

What are some of your favorite "albums" that are a start-to-finish affair?
Edit