For the last week and a half, I've been doing my daily jog(s) in these: 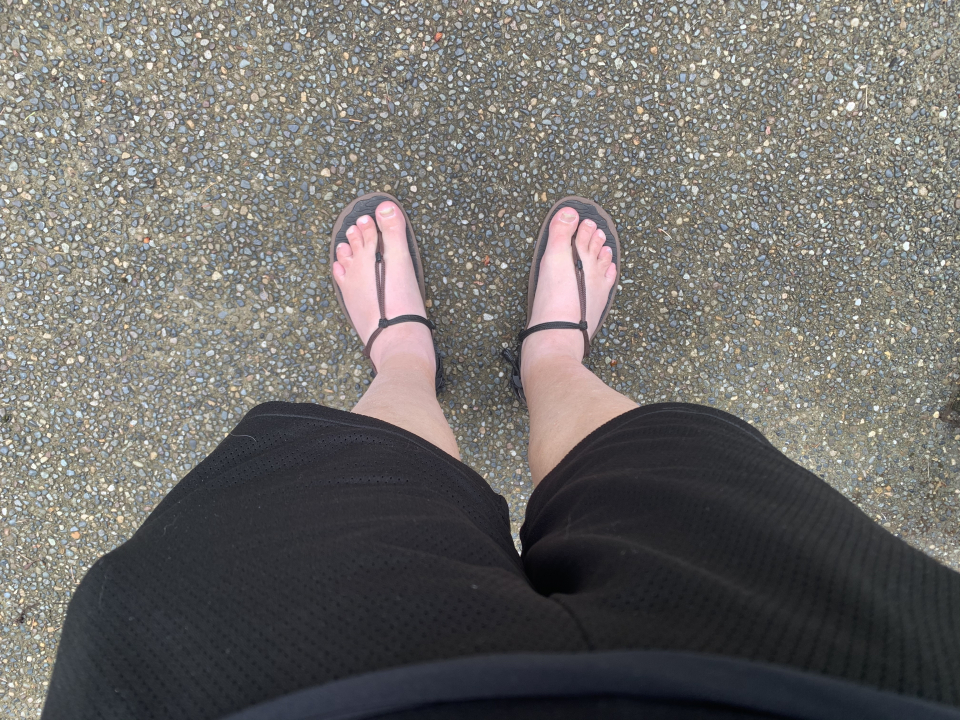 Specifically, they are Cloud Barefoot Sandals from Xero Shoes. They are fairly thin-soled sandals that are about as close as you want to be to jogging barefoot. Several of you asked me: why?

Honestly, there’s someone I know from a particular Facebook group who lives nearby who occasionally posts pictures of his runs in sandals. It appealed to my inner hippie. Also, the thought of being able to pack something for running that took up less space than a conventional pair of shoes appealed to me. You know, for when I can travel again, whenever that is.

It turned out to have a couple of other important benefits also. First, these sandals (or really any sandals designed for running) are generally a LOT less forgiving of bad form. Land on your feet wrong and it’ll hurt. I got blisters on my heels the first couple days because that’s where I landed. It also explains the wear patterns on my running shoes.

Naturally that led to the next benefit: slowing down. I generally try to keep my heart rate in Zone 2, which is where fat-burning happens. Having to effectively re-learn how to jog meant slowing down.

It also turns out: jogging in sandals is a bit harder on your legs. My calves are getting a much better workout now. And it also led me to something I need to be better about: allowing my body to recover. I was doing two jogs a day there for a few weeks. My jogs usually aren’t short, either.

A few days ago, I was finally getting the hang of it, I was getting into a groove, the music was right, and I broke into a sprint: While it wasn’t the fastest mile I’ve done, it was quite a bit faster than I usually manage: 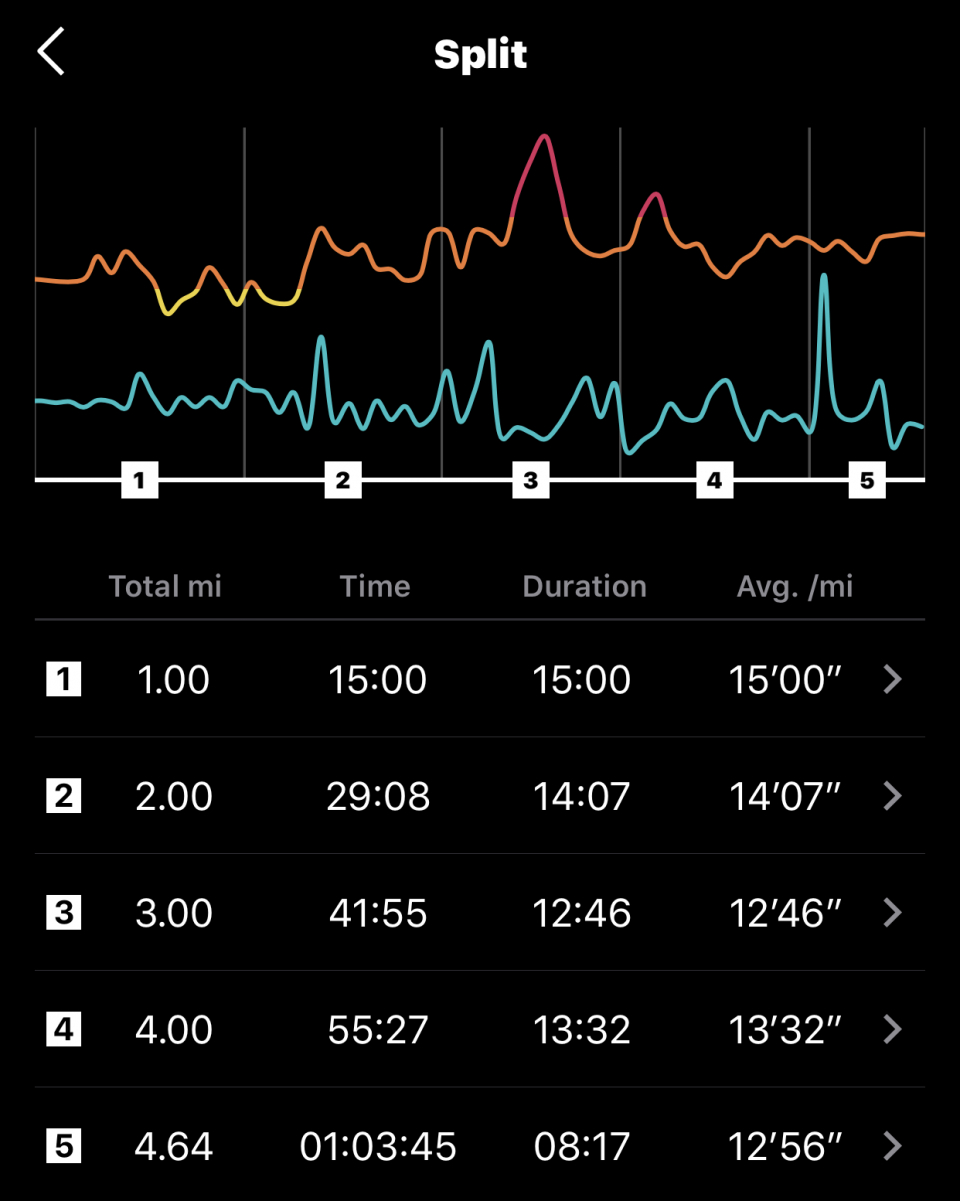 The day after that, when I completed my jog, I was exhausted in a way I hadn’t been in quite some time. I didn’t do a second jog that day and I haven’t since to give my body some time to get more used to this and recover.

In any case, I’m going to continue running with sandals for the time being. I can always go back to traditional running shoes if I change my mind. Or maybe get some sandals that are more geared for trails, which I occasionally run on.