A Shoebox Of Memories

My wife just got back from Hawaii.

No, it wasn't a pleasure trip. I would hardly call going through my dead mother's house to find paperwork and a few personal mementos pleasurable. Especially when you consider the amount of stuff my mother had and the general state of her house.

Because, you see, my mom took photos. Lots of them. At a time when taking photos meant getting actual film developed.

What did my wife bring back? Pictures of me. From various times in my life. With my mother. With my grandma who past away in 2001. With other family members. With people I don't know. And pictures of me that, quite frankly, don't look like me.

Also, there are pictures of my mother from various times in her life. Including recent ones that, quite frankly, don't look like her. Or at least how I remember her.

And while it's going to take me a while to unpack the memories that go with each photo, I figure I might as well start by talking about this one: 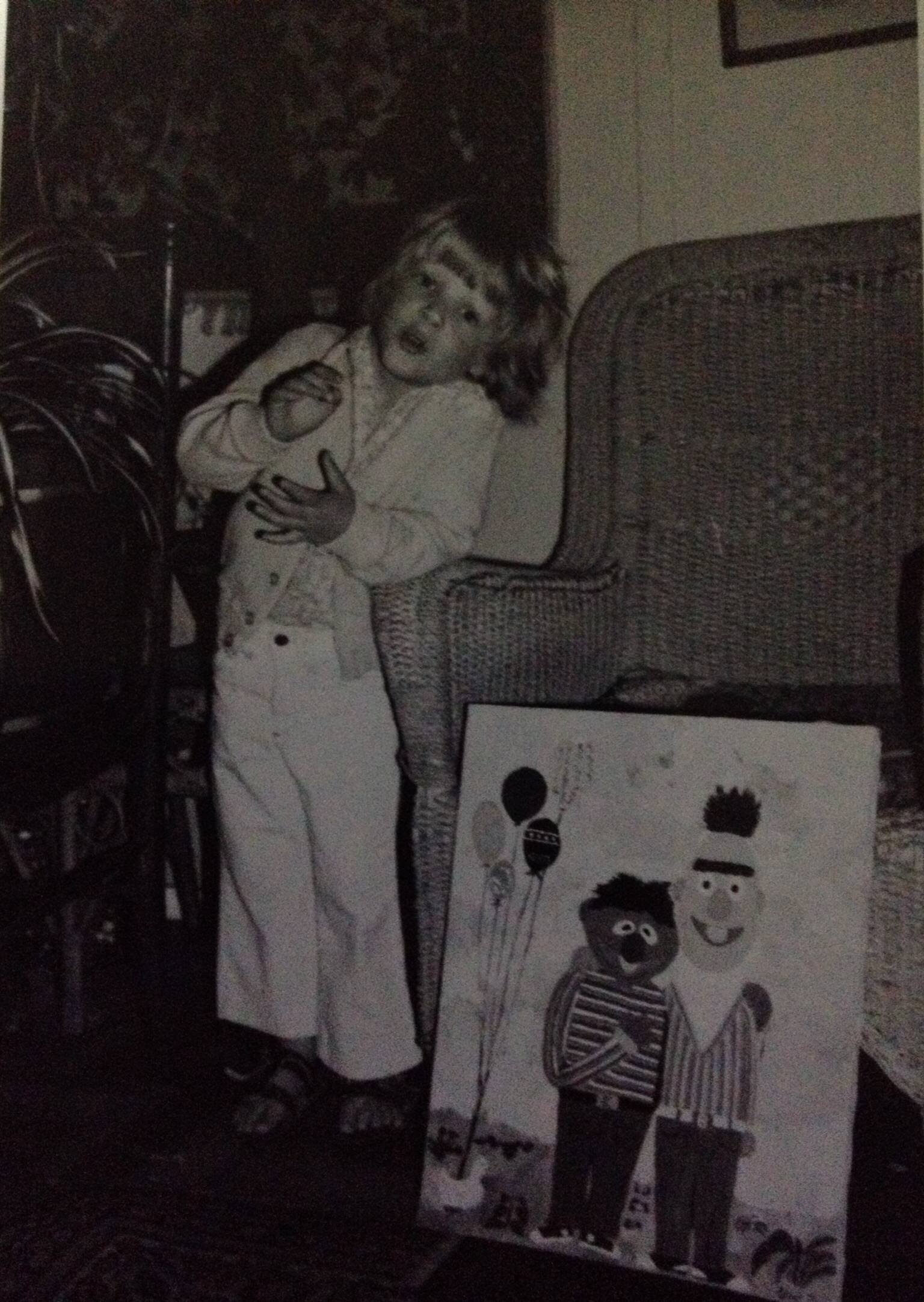 Another thing my mom did when I was very young was paint on canvas. She did a couple of paintings of Sesame Street characters, such as this one of Bert and Ernie.

Looking at this photo now reminds me of something I forgot long ago--that there was a time when I "pretended" my mom and I were Bert and Ernie. I was Ernie, she was Bert. She played along for a while. I can't remember why she stopped but it really doesn't matter now.

Except for the memories, obviously, which I still carry with me.