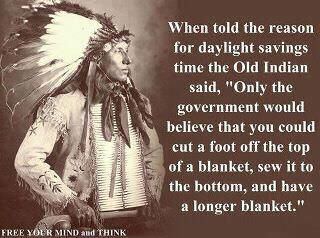 Here's where emotions come in handy. Every feeling is like a summary of data, a quick encapsulation of all the information processing that we don't have access to. (As Pham puts it, emotions are like a "privileged window" into the subterranean mind.) When it comes to making predictions about complex events, this extra information is often essential. It represents the difference between an informed guess and random chance.

I remember using my gut to solve a lot of support cases back in the day. Too much information to try and rationally sort through, yet I somehow could tell you what was going on… :)

Steven Tyler, Alice Cooper, and Weird Al? On one stage?

They "came together" as it were.

The article (which was later linked to by the Drudge Report and rehashed by the UK Mirror and Mail tabloids) insinuated an illicit relationship between the CEO of TWiT, Lisa Kentzell, and me. This revelation which was clearly intended to cut me to the quick was, in fact, as limp as a soggy Christmas cracker.

Had Gawker asked I would have told them that my wife, Jennifer, and I have been amicably separated for nearly a year. (We're still great friends and have been travelling together this week to visit our daughter in Stockbridge.)

Lisa and I started dating some months ago. I don't talk about it on the air because, although I prefer to live in public, I don't ask that of my family and friends. Unfortunately Gawker has decided for them.

Business ethics and personal ethics: they're one in the same. Much of what you can apply in business also applies in your personal life. And vice versa.

One can question Leo's judgement about being involved with his CEO. Obviously the fortunes of both TWiT and his love life are now tied together. Is that a bad thing, though? Who is to say?

Since Leo is separated from his wife on good terms, I don't see what the big deal is. Assuming no one is getting hurt, what two consenting adults do in private is their own private business.

Gawker took a story and, like a number of so-called "journalists," didn't get the whole story. They just published it, knowing they'd get page views out the wazoo. All about them page views so they display more ads. Just like any other media outlet. Shame on Gawker indeed.

For the small number of you who have lost respect for Leo over this incident and want to boycott TWiT, enjoy your TWiT-free life. Meanwhile, the rest of us will continue to listen to the great podcasts on TWiT.

– Comments from the original posting on Posterous –

Whether Leo is on food terms or not still doesn't negate his right to make choices, whether anyone likes them or not. It must be a slow news day for Gawker. I just read also about 30% of divorces in the UK citing Facebook. Facebook isn't relevant. When the marriage is fragile you either choose to work at fixing it orbit and if not is your answer you will find distraction anywhere. Stupid litigious people!

Honoring your commitments, be they personal or business, is important. That doesn't necessarily mean always keeping your word–everyone makes mistakes–but it is acknowledging them, making amends, and renewing your commitment.

It would have been a little different if he were still unseparated from his wife because he possibly wasn't honoring his commitment to his wife. Clearly his situation was different than Gawker made it out to be. Leo appears to have handled this the right way.

While I do agree with your statement on the surface, I also think its not necessarily a sign of character one way or the other. The only people who really know what happened or is happening are the 3 people involved. Leo could have been having an affair which precipitated the separation. Simply making a statement doesnt negate or alter what is. We don't know. I don't think it's my business to know, or anyone else's.
We all have expectations of ourselves and others that may not be met. We are human and do make mistakes. Gawker made one by trying to garner interest over something no one has a right to know, save those involved. The rest is just speculation.

It's not a mistake, it's Gawker's business to publish stories like this. One can argue whether or not it's ethical or not, but based on the First Amendment, they have a right to do it.

And Leo's personal life? That's his business, not ours. I respect his goal of trying to keep the two separate, even if he occasionally makes mistakes in doing so.

There probably was an affair, which in turn ended the marriage. It's nobody's business, but how sloppy of "the tech guy" to let something that private slip like that.

And he better hope it all works out with her (since he's her boss)…because if they break up, or get married and break up, she'll probably sue him for harassment and take him to the cleaners…which will include the TWiT empire she helped build!

Good luck with that, Leo.

Actually, Leo is playing with the truth on this one. He was not separated from his wife on good terms for a year. He was wearing his wedding ring on his show up until about a month before the sex chat was released.

Also, on his Google+chat, just two months before he leaked his own sex chat on his show, Leo published a comment admiring an article about how infidelity is "good" for marriages. At the time, by the way, he was still wearing his wedding ring, promoting himself in talks as being happily married, and so forth.

You know, this has GOT to be so much fun for his two kids that Dad leaked his sex chat in public. I wonder if they knew they were separated for a year…

It's also funny that this woman is CEO of his company (she went from plain accountant to CEO promotion just months ago), and yet, even having those responsibilities, she has released no statement. Also, his wife has released no statement. Funny, when you are the only one saying anything, it can be your version of the truth. He can say he was separated for a year and it was friendly, but it sounds like he's paying them for their silence so he can do spin control.

Actually, Do Go On, Leo, his wife and his girlfriend don't have to make statements or explain anything to anyone. His private life is none of your business and gawker was pretty sleazy for printing the article in the first place.

WINDSOR, Ont. — Whenever Melanie Hesketh's kids get a hankering for junk food, all she has to do is point to the kitchen counter.

That's where she keeps an unwrapped cheeseburger that turns one on Thursday, and it looks pretty much the same as the day it came off a McDonald's grill.

Mould, maggots, fungi, bacteria — all have avoided the tempting meal that sits in plain view.

"Obviously it makes me wonder why we choose to eat food like this when even bacteria won't eat it," said Ms. Hesketh.

The meat patty has shrunk a bit, but it still looks edible and, with a faint but lingering greasy, leathery odour, she said it "still smells slightly like a burger . . . it hasn't changed much."

The meat I could understand living that long, but no mold on the buns after a year? Quite impressive. Good reason not to eat them. 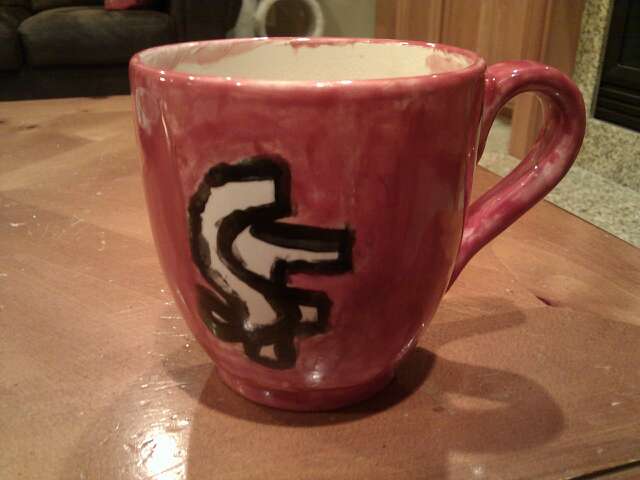 Ron Paul Moving Up in the GOP Polls

The 76-year-old Paul has always been dismissed as something of a curio within GOP establishment circles and among many voters, but in an unsettled year he has a legitimate chance to crash the party and capture the Iowa caucuses. He registered 17% in this week's TIME/CNN/ORC poll, behind just Newt Gingrich and Mitt Romney, and a jump from the 12% he registered a month earlier. The irony of his climb is that Paul, the most unconventional politician in the field, is making headway by running perhaps the most conventional campaign of any Republican presidential hopeful. Numerous Republican insiders, including Governor Terry Branstad, have cited Paul's infrastructure as the best in the state. "He has the most extensive organization, the most passionate people," says Tim Albrecht, Branstad's spokesman. "It's impressive that he's up to 18%. All he needs is maybe another 6% to win the Iowa caucuses. He just needs to grow a little bit."

There has been quite the media campaign against Ron Paul. Mostly they've done everything they can to ignore him or not give him any time during the debates. Despite this, Ron Paul is making an impressive showing at these early stages of the presidential race. I hope his campaign continues to build momentum and win the Iowa Caucuses and beyond.

Loss of Faith in our Elders

Our parents' generation has balked at the tough decisions required to preserve our country's sacred entitlements, leaving us to clean up the mess. They let the infrastructure built with their fathers' hands crumble like a stale cookie. They downgraded our nation's credit rating. They seem content to hand us a debt exceeding the size of our entire economy, rather than brave a fight against the fortunate and entrenched interests on K Street and Wall Street.

I am the product of my parent's irresponsibility, though you wouldn't know it by how I live my life. Within my means and mindful of my responsibilities. Quite the opposite from those in the "free love" and "decade of excess" generation, it seems.

Clearly, some people need heroes. To them, I say: be your own hero. Or if you really do need one, look amongst your peers for one.

A panorama from my hotel room courtesy of Auto-Stitch. 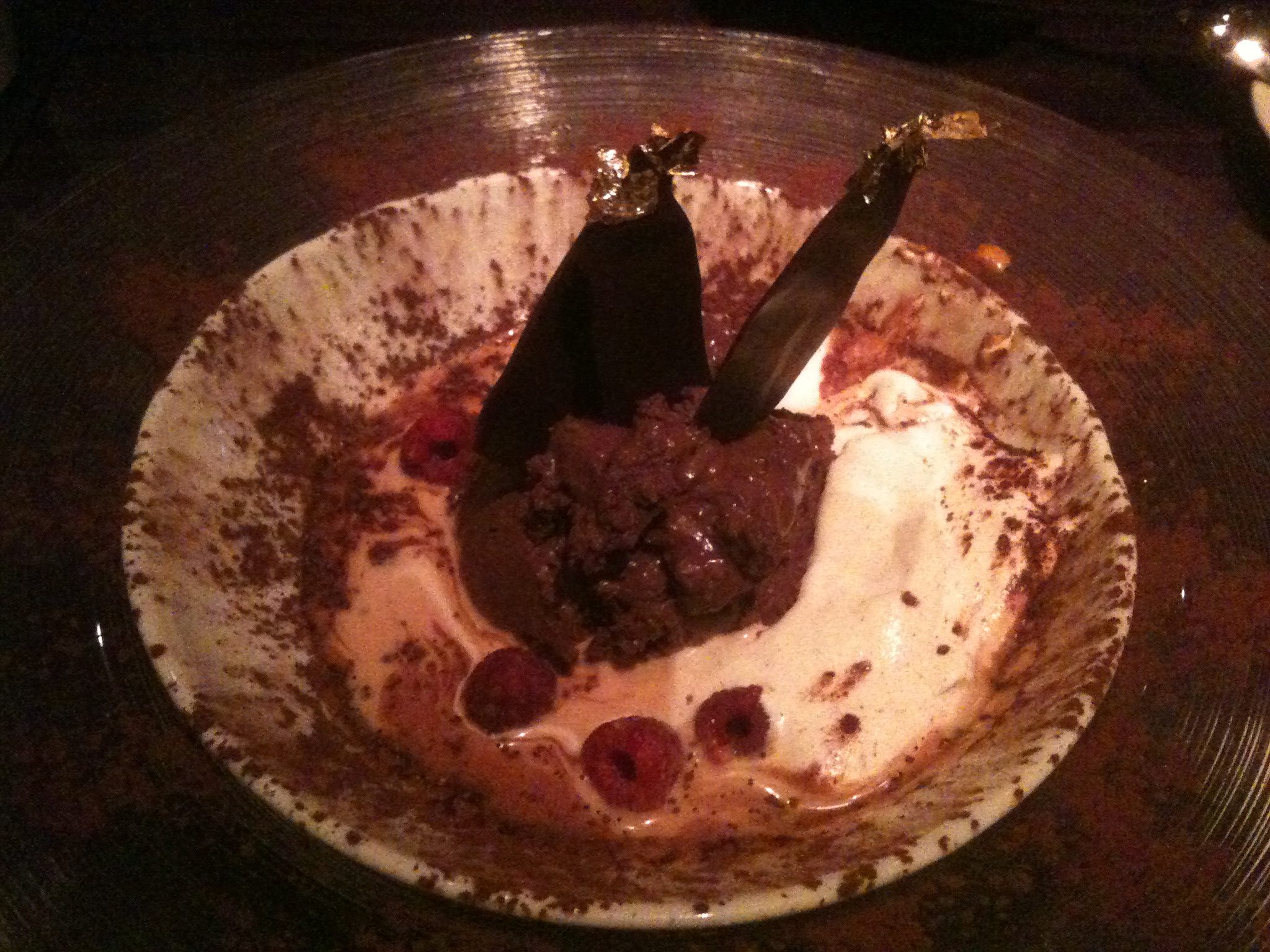 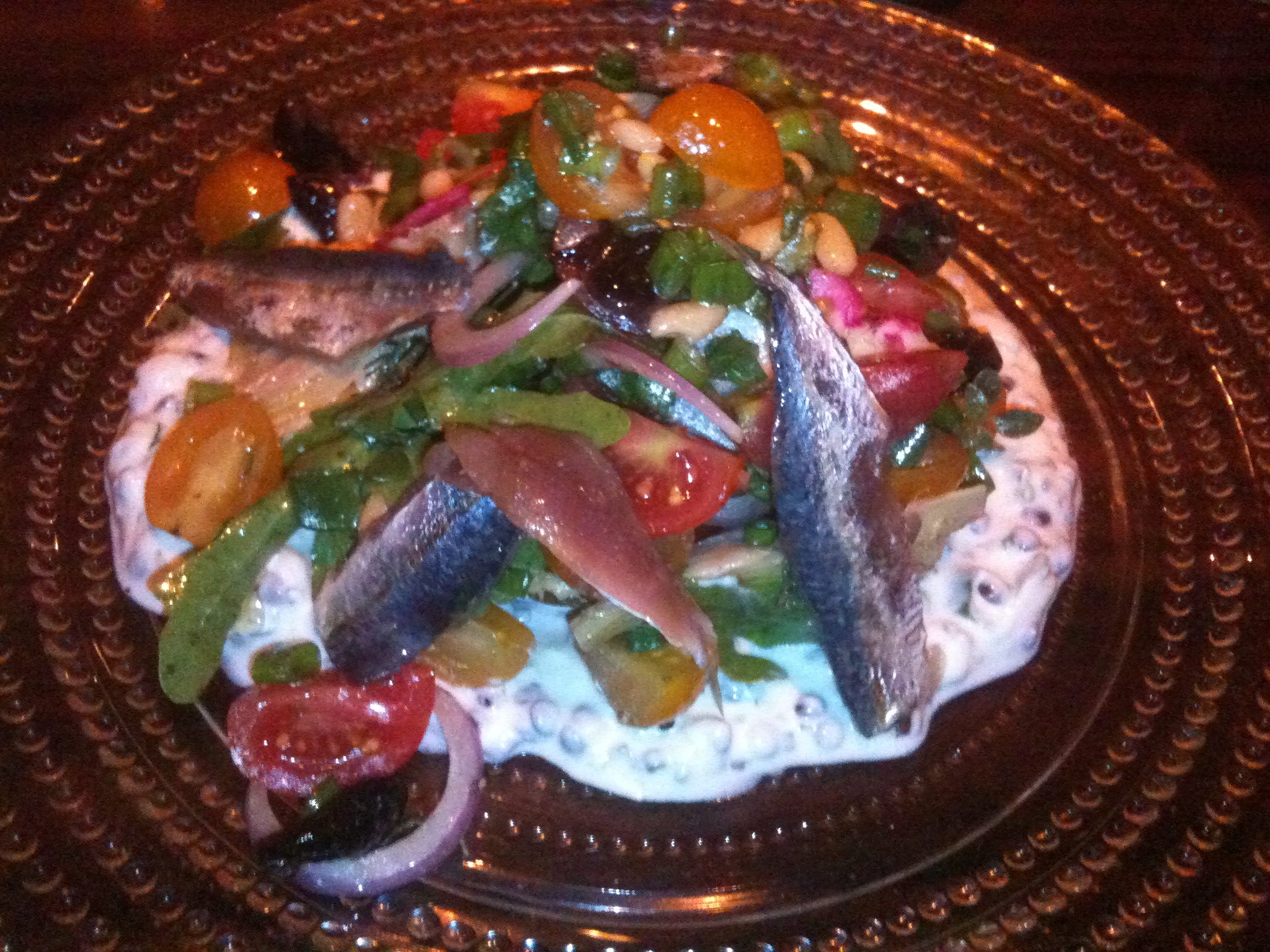 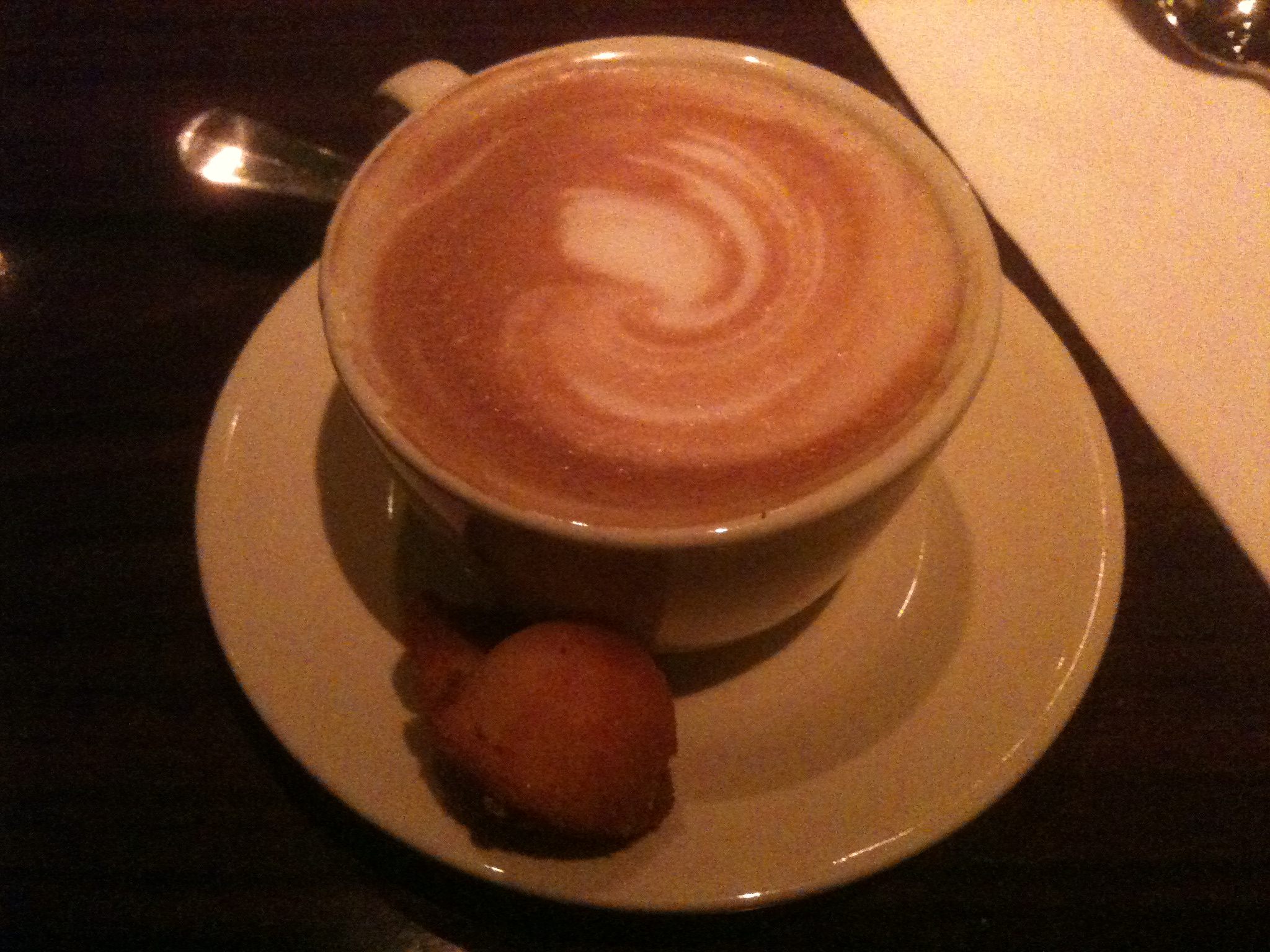 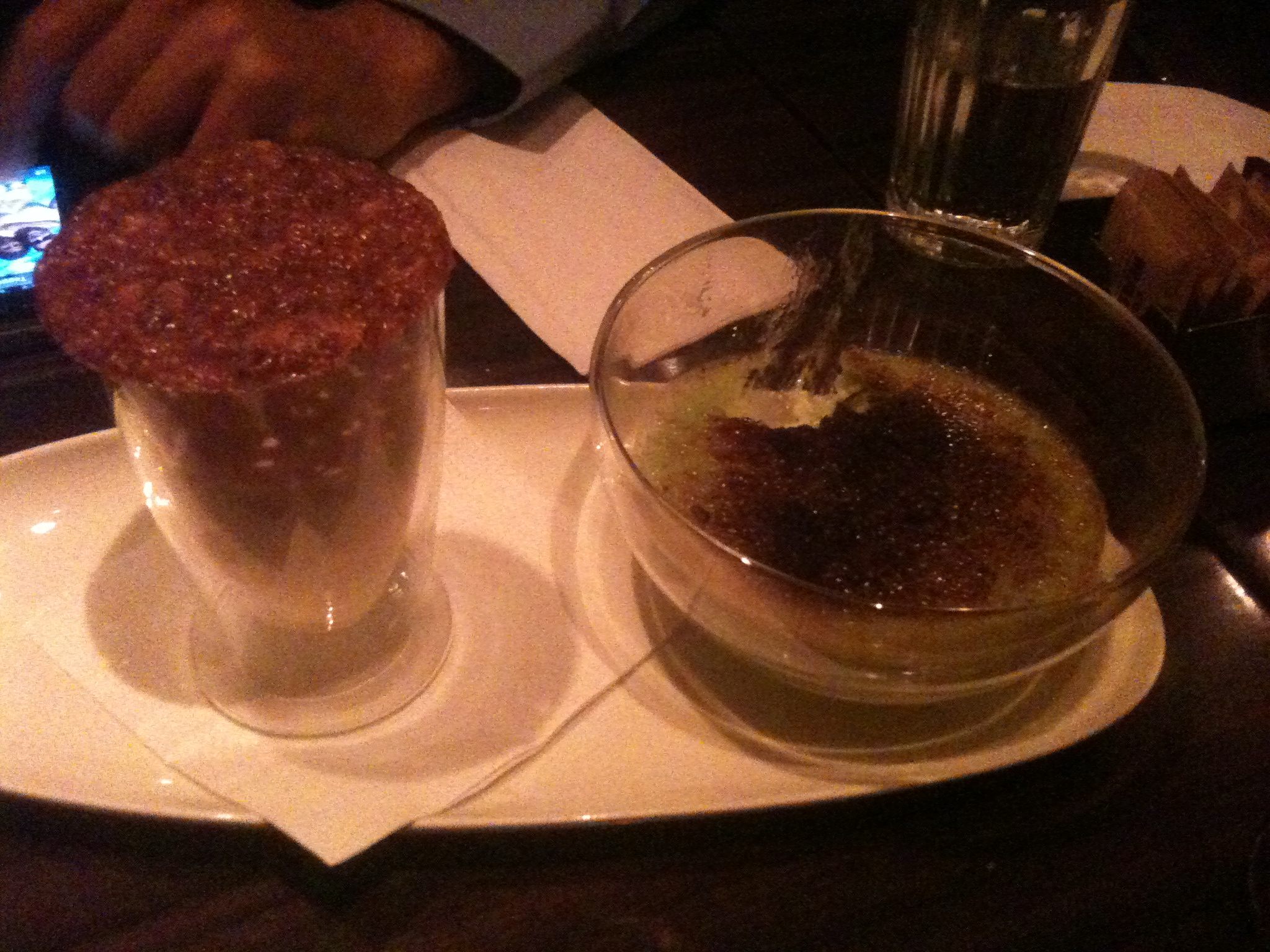 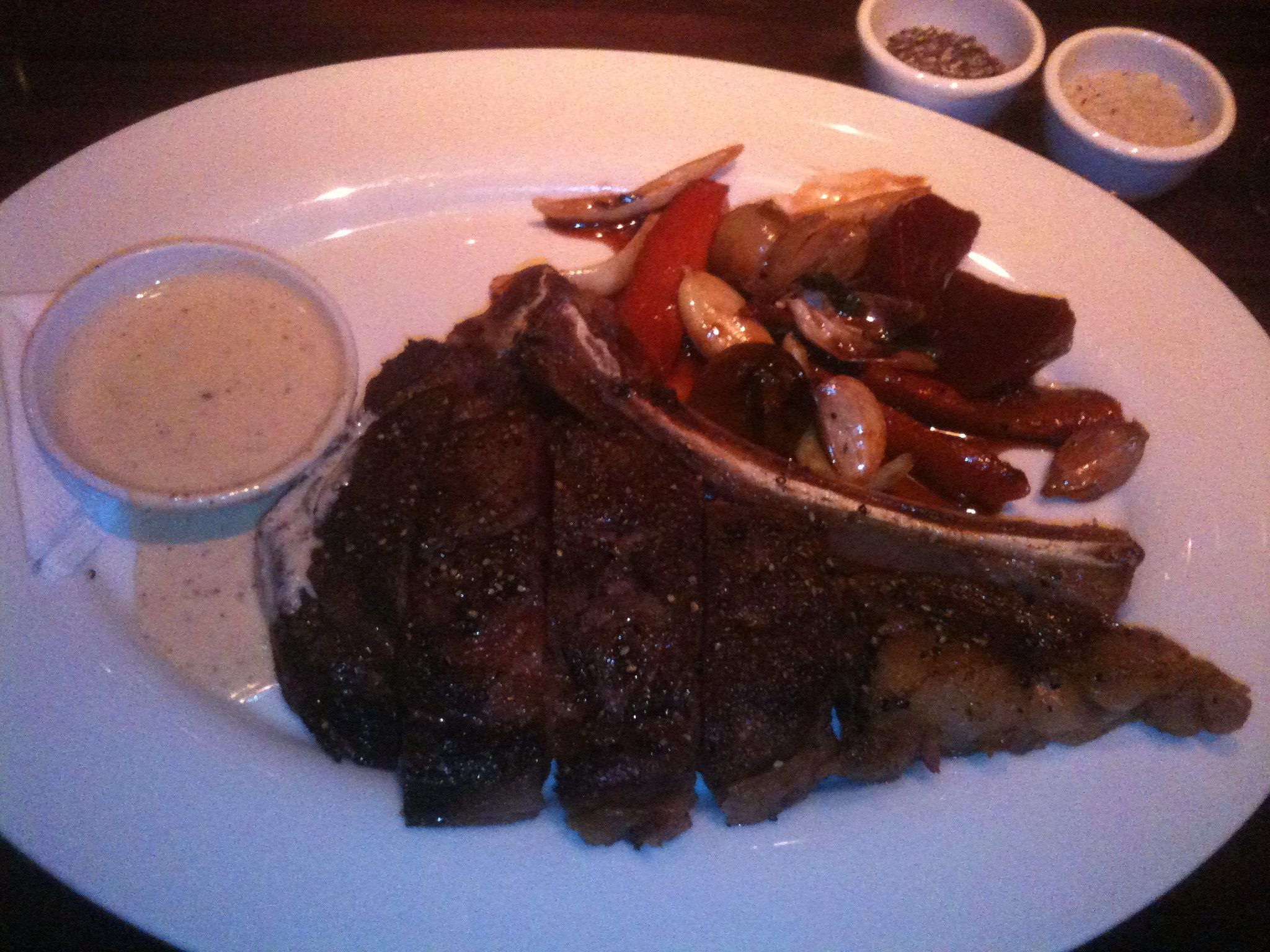 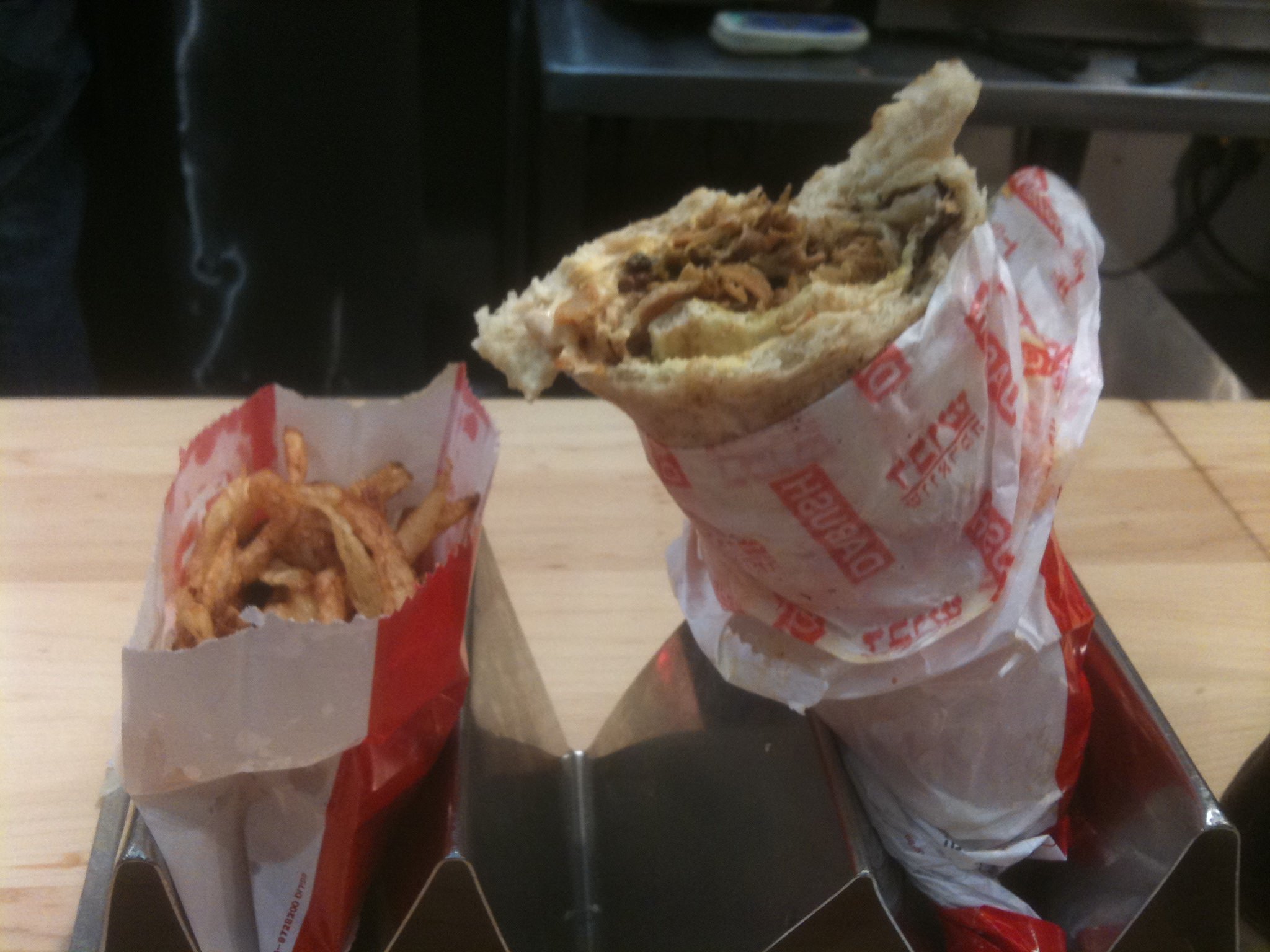 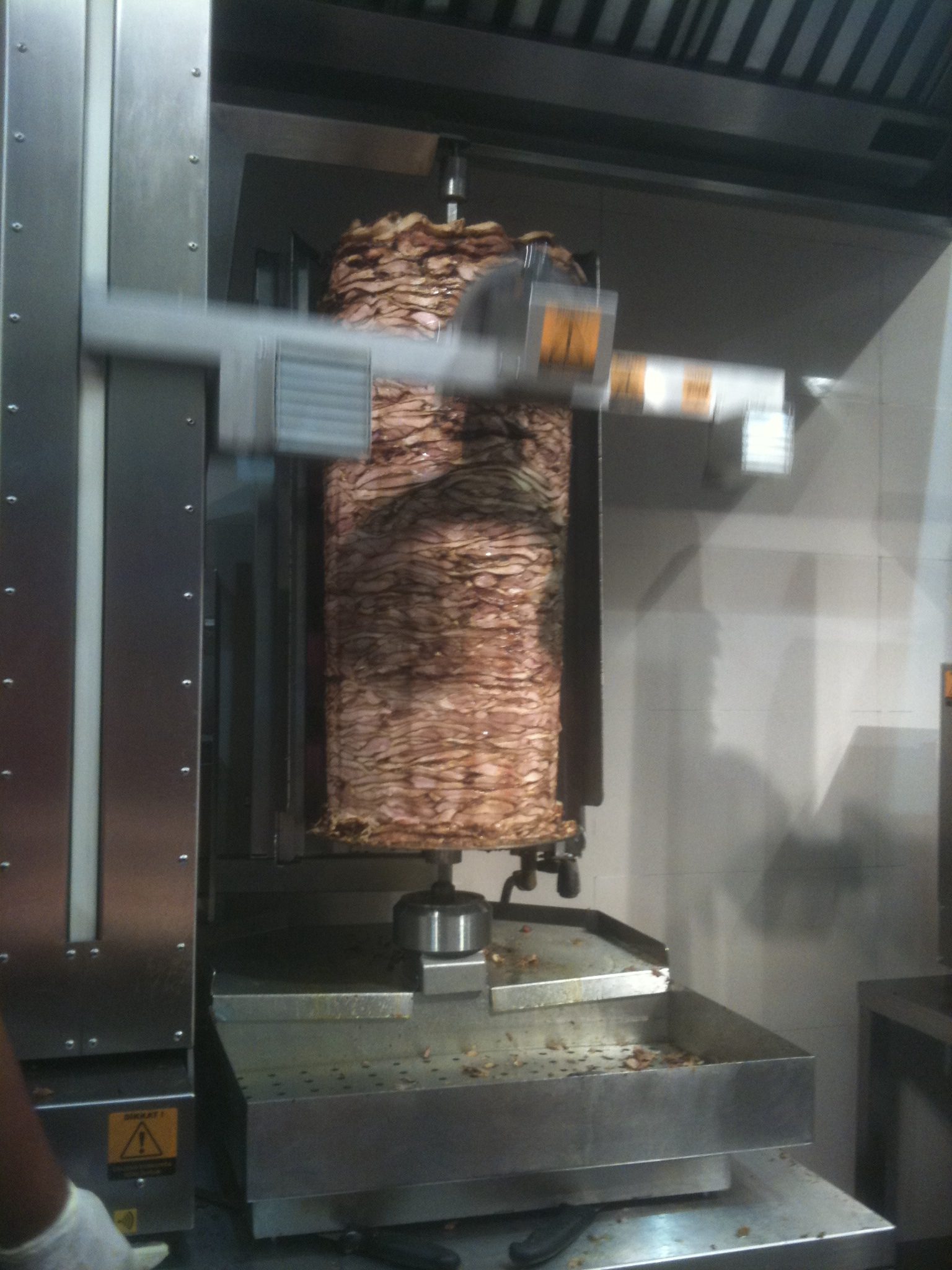 I love coffee in Israel. It even loves me back: 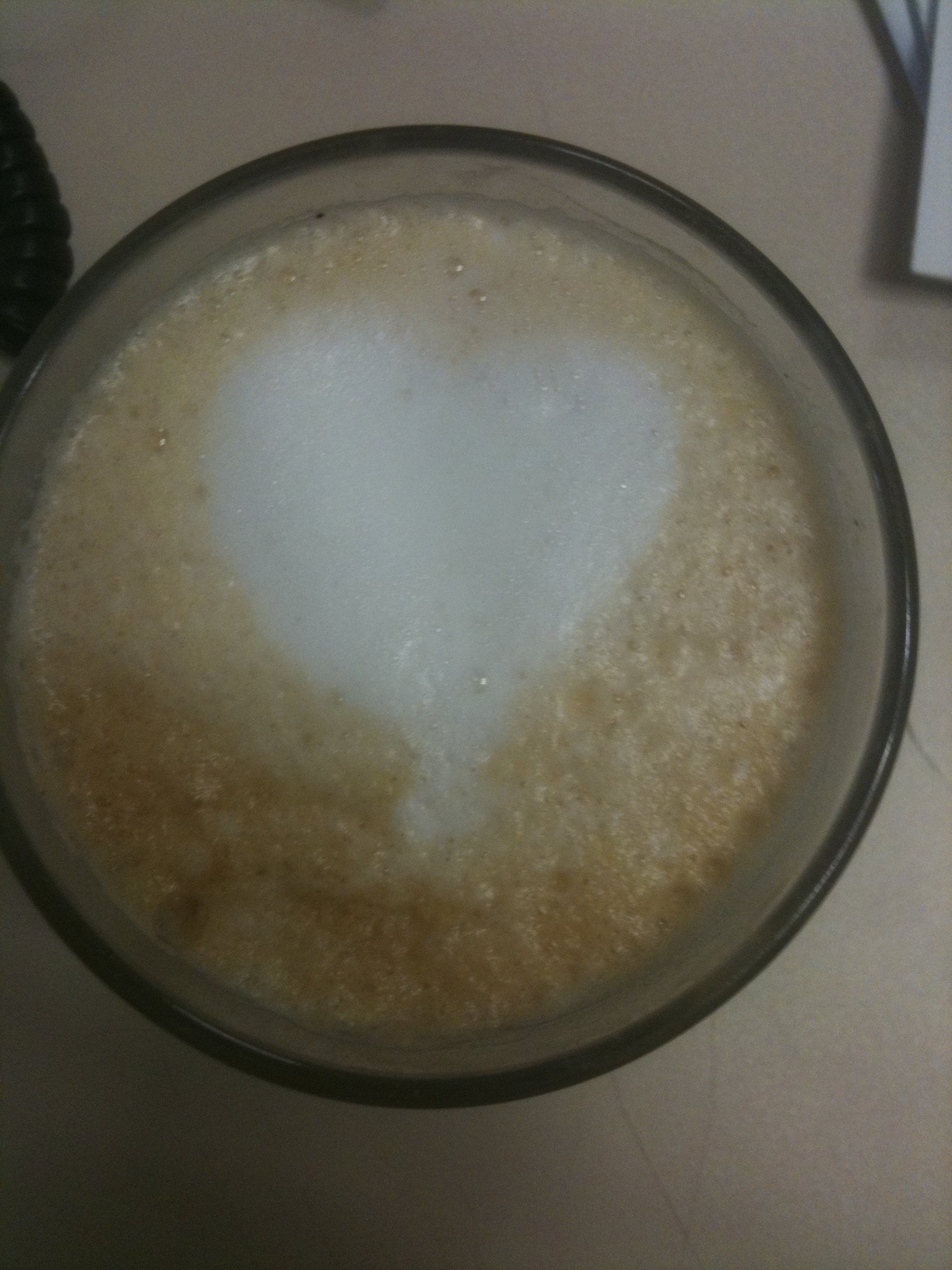 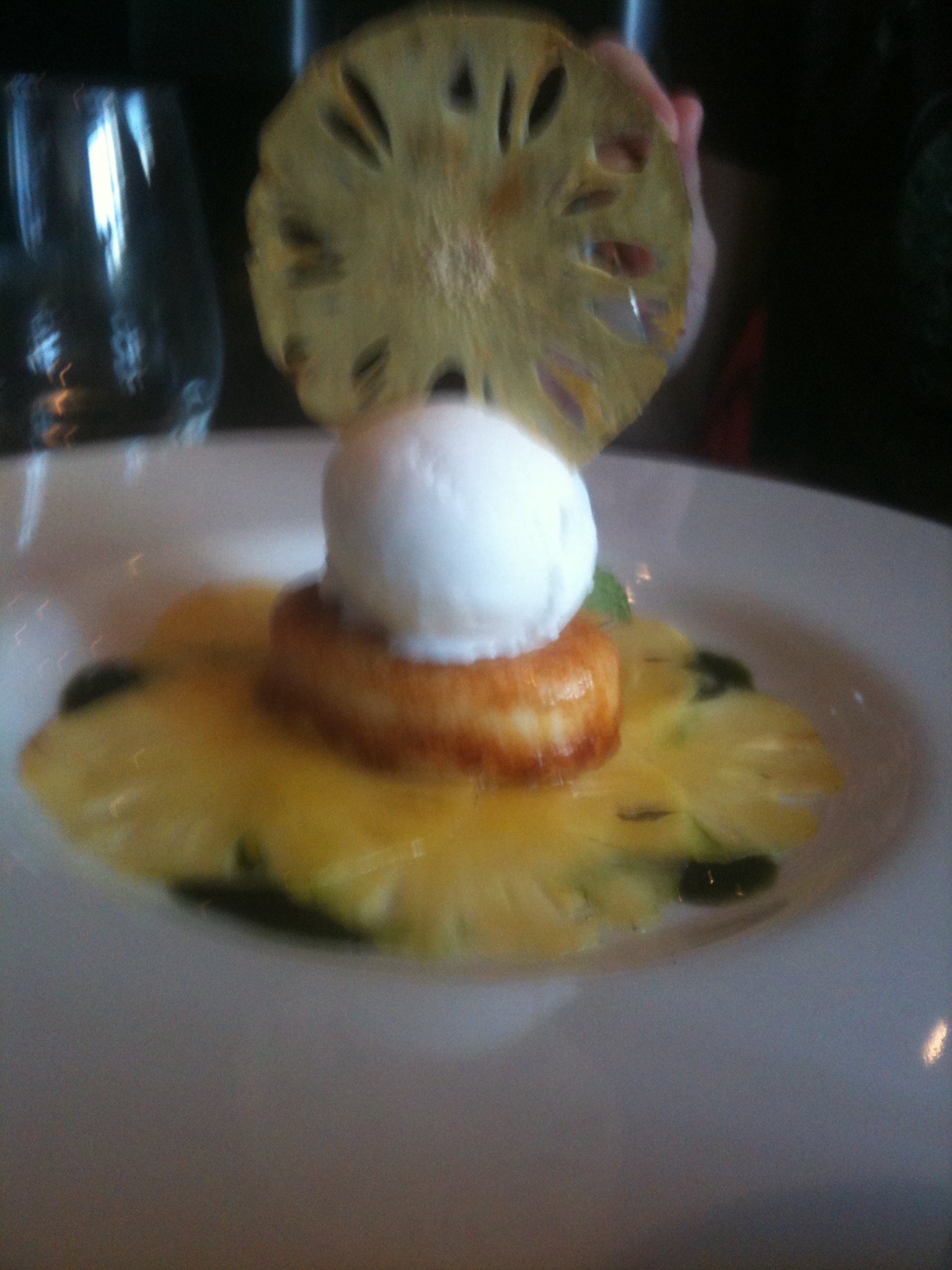 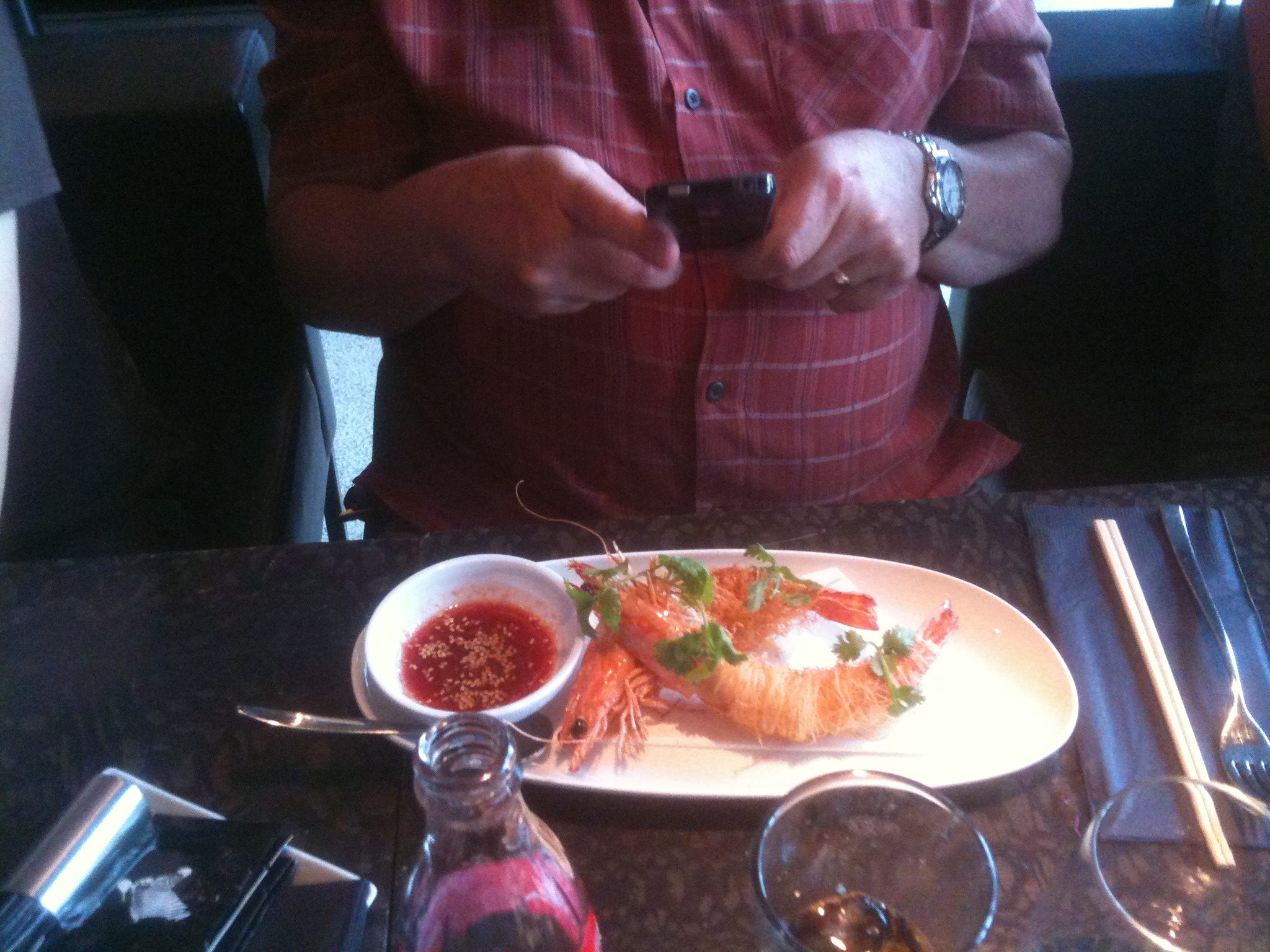 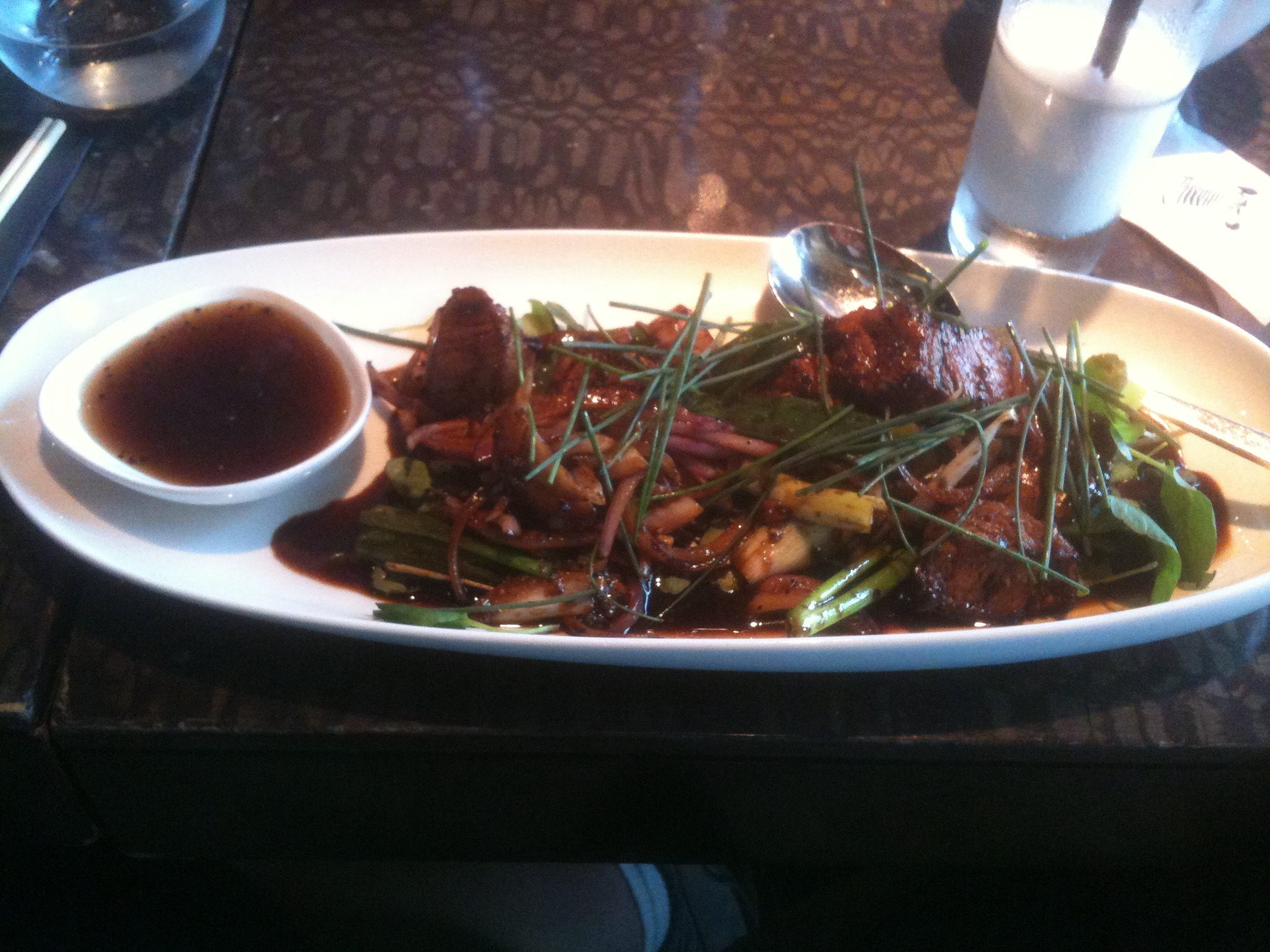 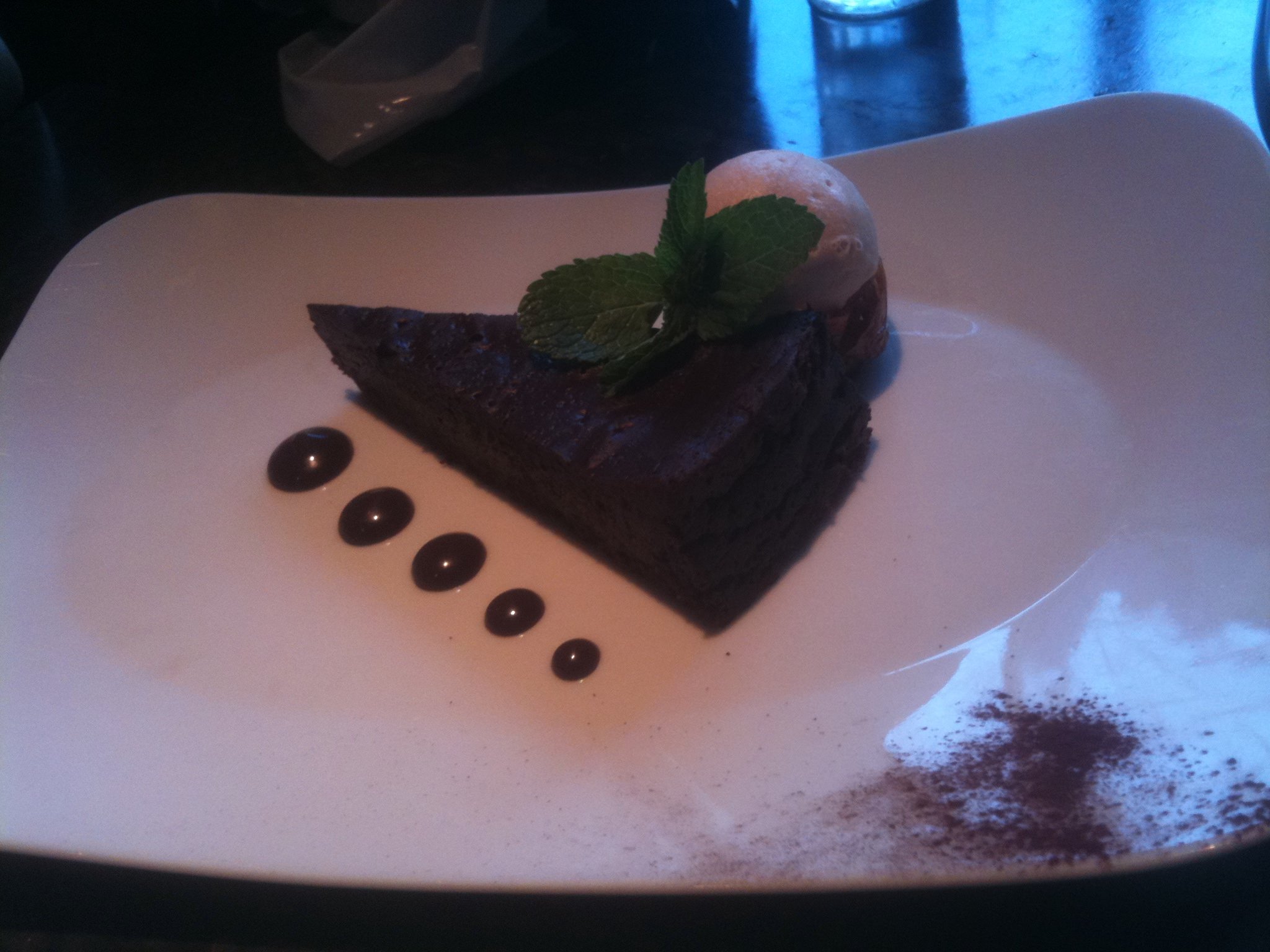 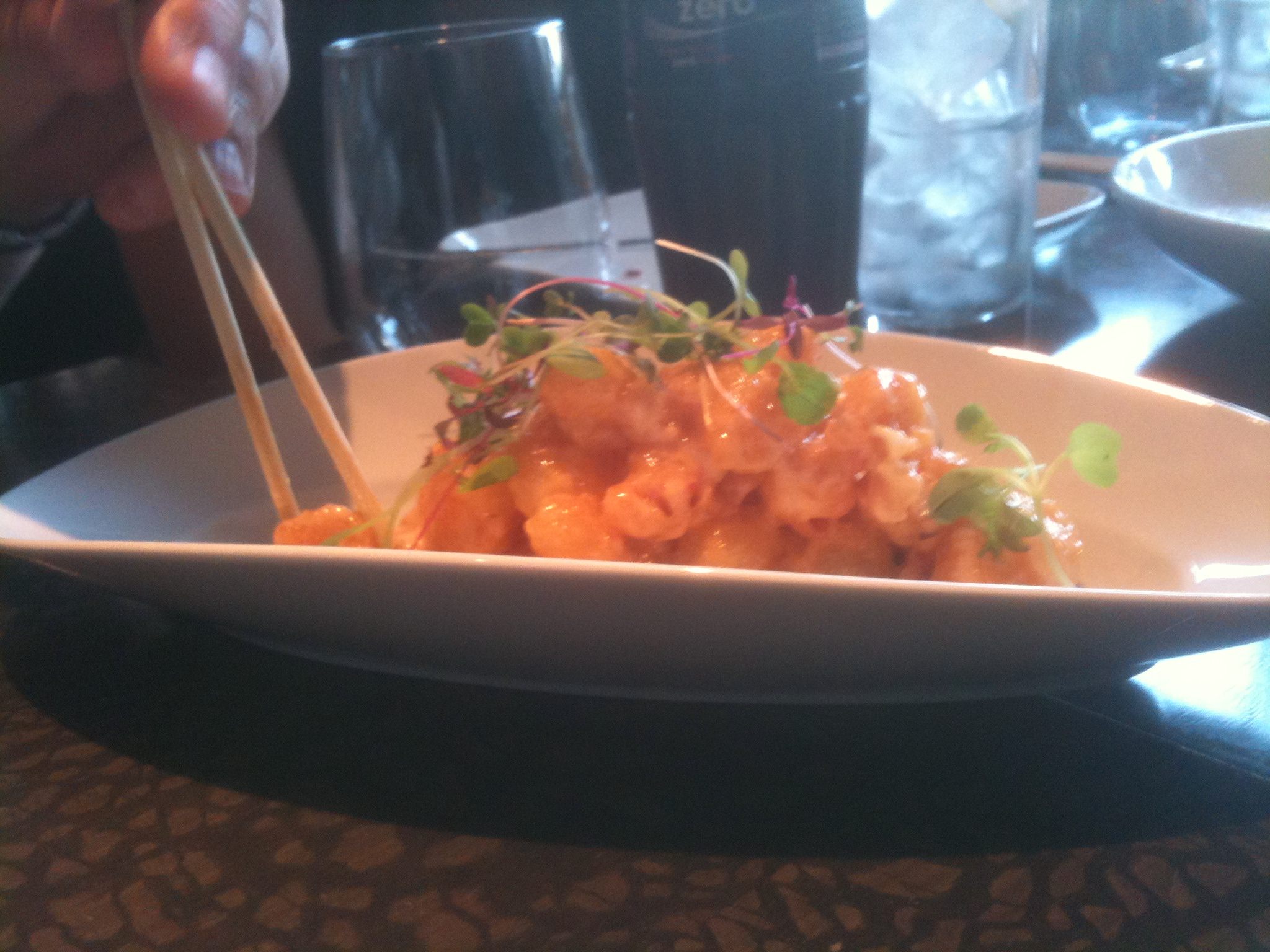 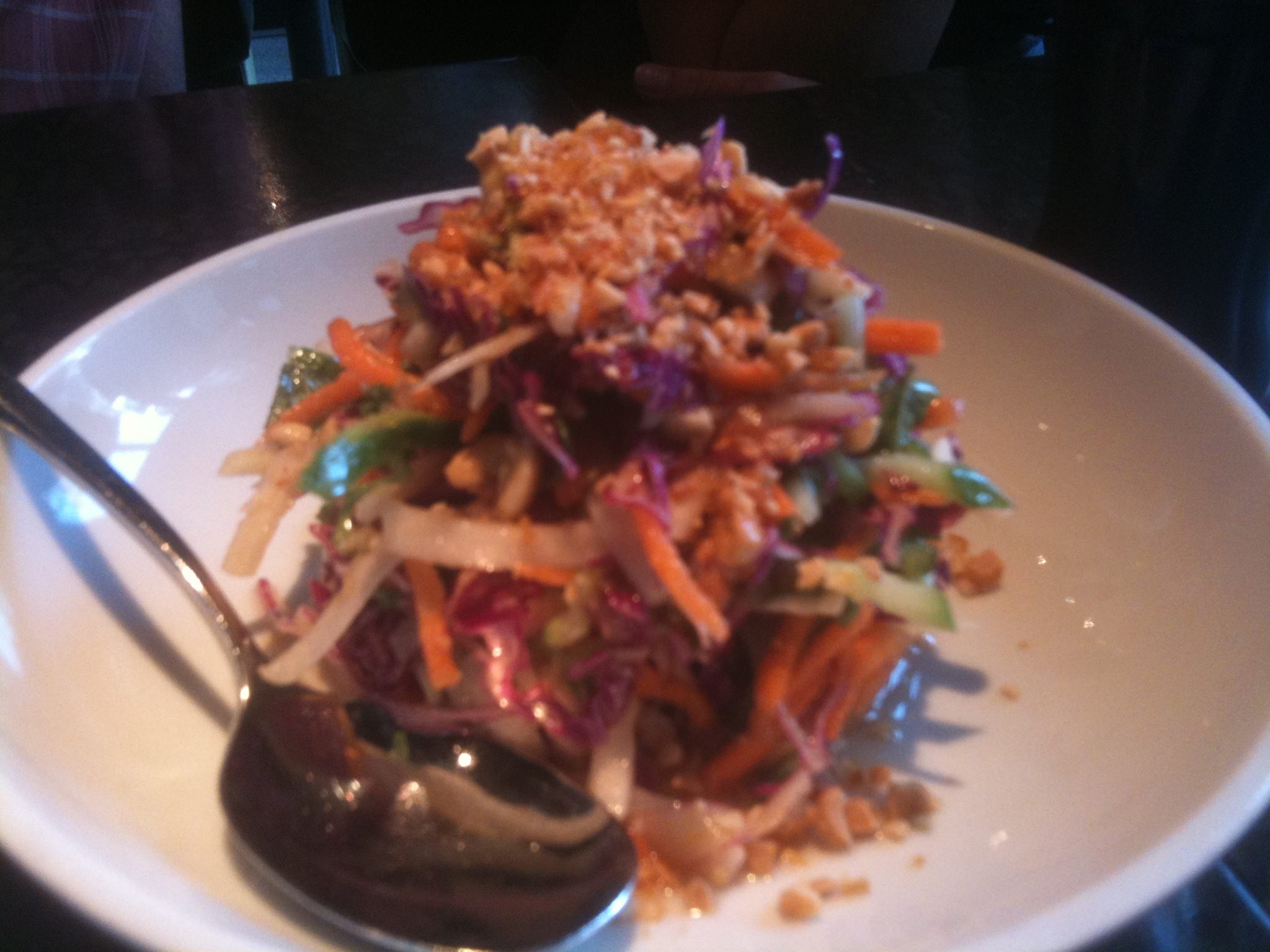