The Non-Scale Victory I'm Really After

While I've had plenty of scale victories, as it were, there have plenty of victories that cannot be measured on the bathroom scale. Oh sure, the non-scale victories are happening as a direct result of the ones I am achieving on the scale, the progress is not exactly linear. The above photo was surfaced by Google Photos a few days ago. It's one of those "Then and Now" photos. Then was four years and about a hundred pounds (or 45 kilos) ago. It was also before the real reason I am going down this road: a Type 2 Diabetes diagnosis which came in October 2014.

Back then, I definitely had some health issues. These included migraines, swelling in my feet, which got really bad on long flights, and sleep apnea. When Type 2 Diabetes and Hypertension were officially added to the mix, these items started making sense.

One of the diagnostic criteria for Type 2 Diabetes is your HbA1c number, otherwise known as just A1C, which is a measurement of your glycated hemoglobin, or a measure of how much sugar has been in your blood over the past 3 months.

The generally accepted ranges for A1C are as follows:

Clearly what I was doing wasn't working. More specifically, the changes I had initially made were not ones I could stick with. As a result, I regressed.

Then, 10 months ago, I started down my current path of eating once a day and limiting sugars and carbs. These choices were made in order to reduce the frequency and the amplitude of insulin spikes impacting my system.

Sure enough, my average blood glucose came down. Here's my 30 day average from about a year ago. 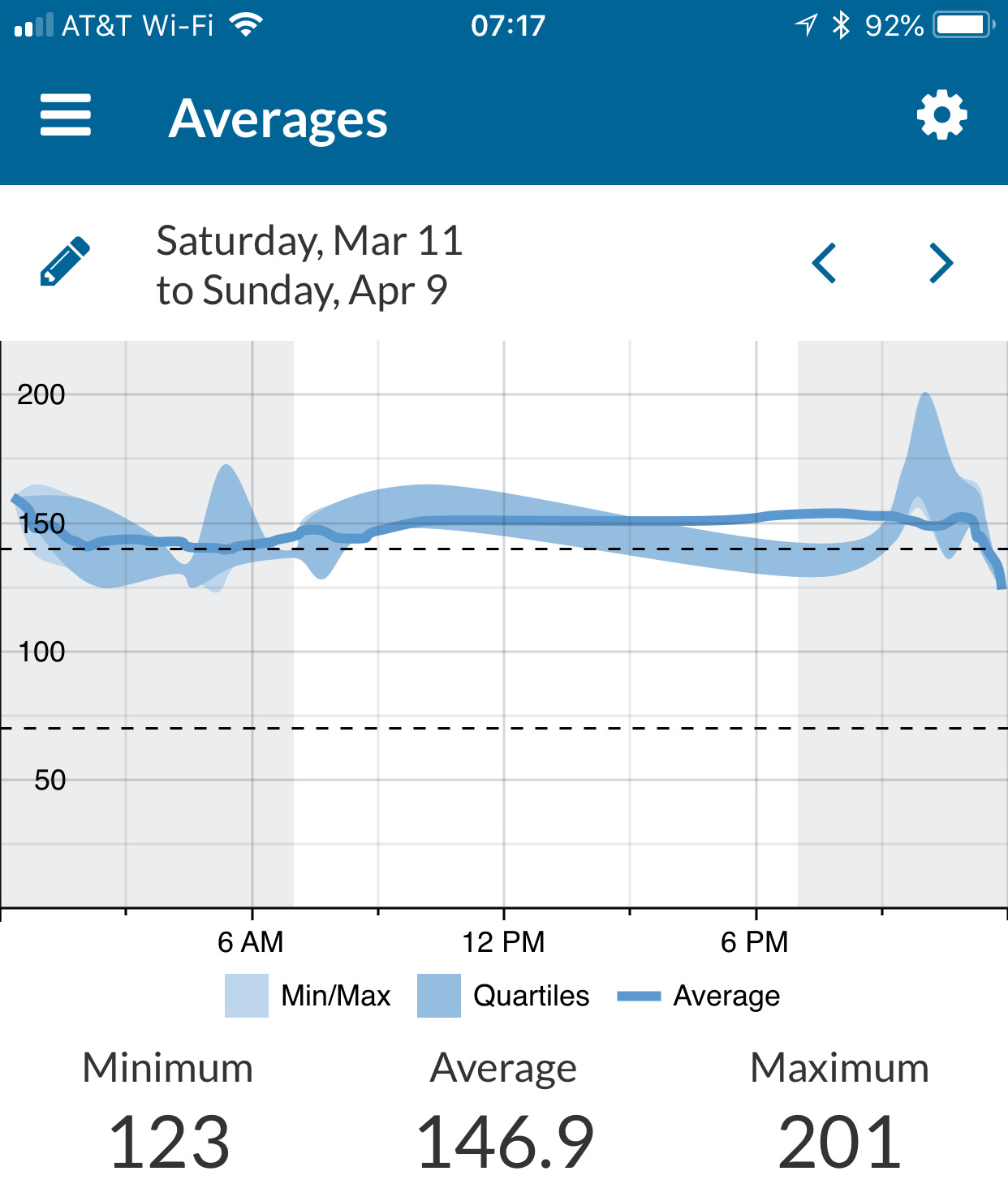 And my current average: 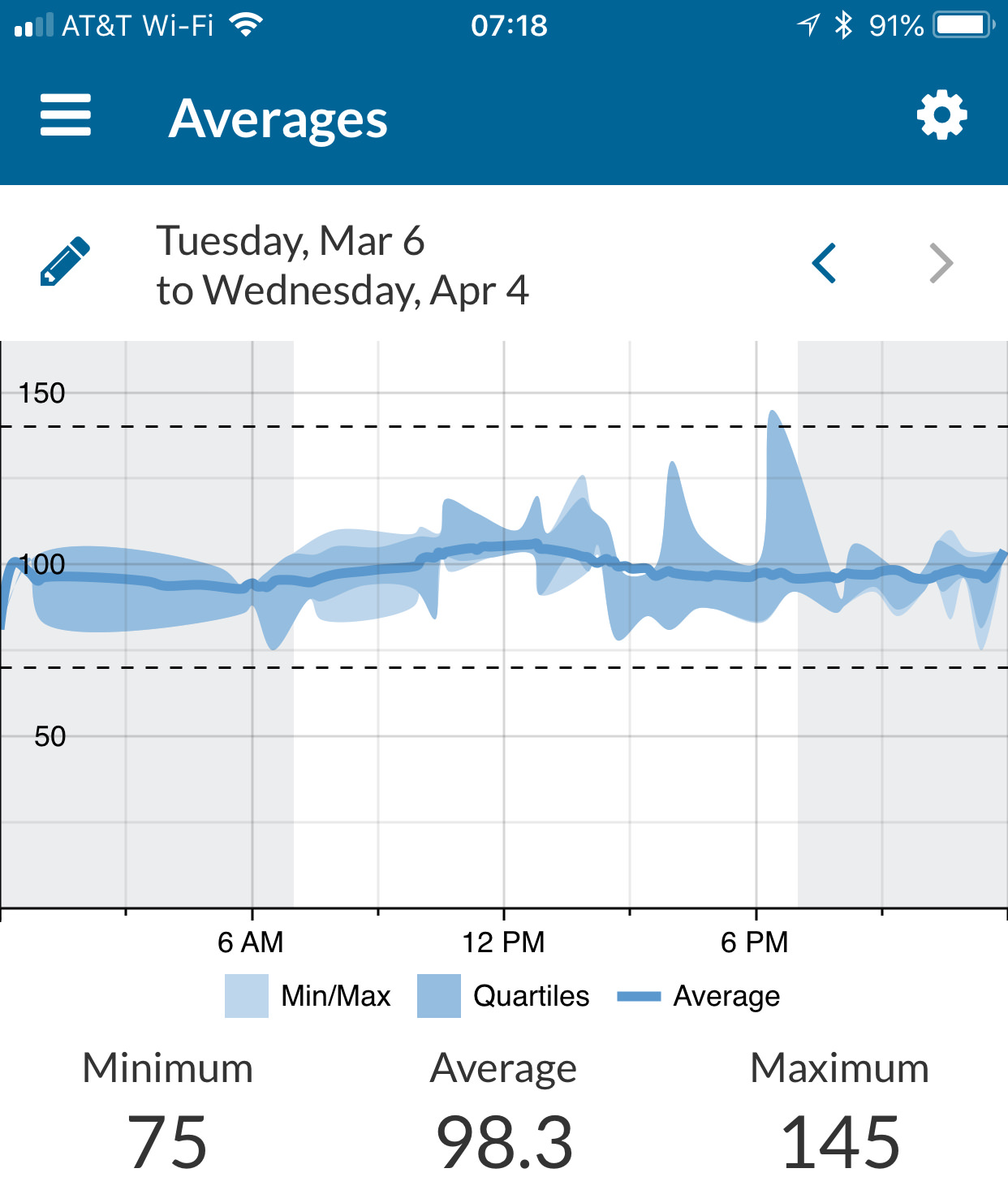 My weight clearly went down. 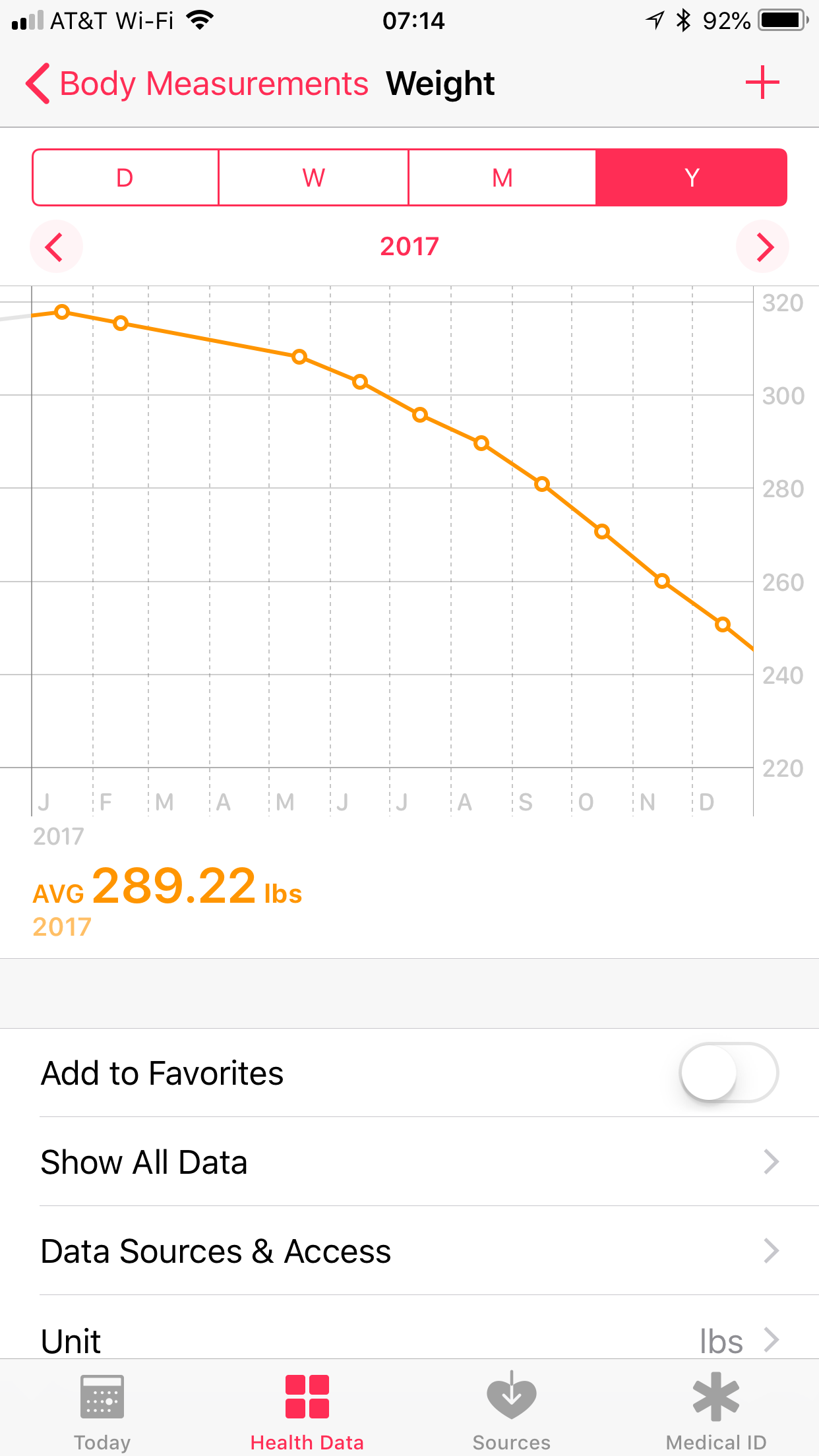 Also, my A1C came down. My previous blood test in December had my A1C at a 5.9%. The one I took earlier this week shows my A1C at 5.6%. That puts me in the normal range but I am still taking Metformin.

The next obvious step would be to stop taking Metformin, and hopefully the blood pressure and statin meds as well. When I last discussed this with my doctor, he told me my A1C would probably go up about a half a point once I quit Metformin. As such, he would only agree to let me go off the meds once my A1C was a 5.0% or less. We'll see what he says when I see him in a couple weeks.

In any case, this is really the victory I am after: kicking diabeetus to the curb. I'm not going to say it's cured, but it's definitely down for the count. I plan to keep it that way.