Has The Internet Become The Tower of Babel? 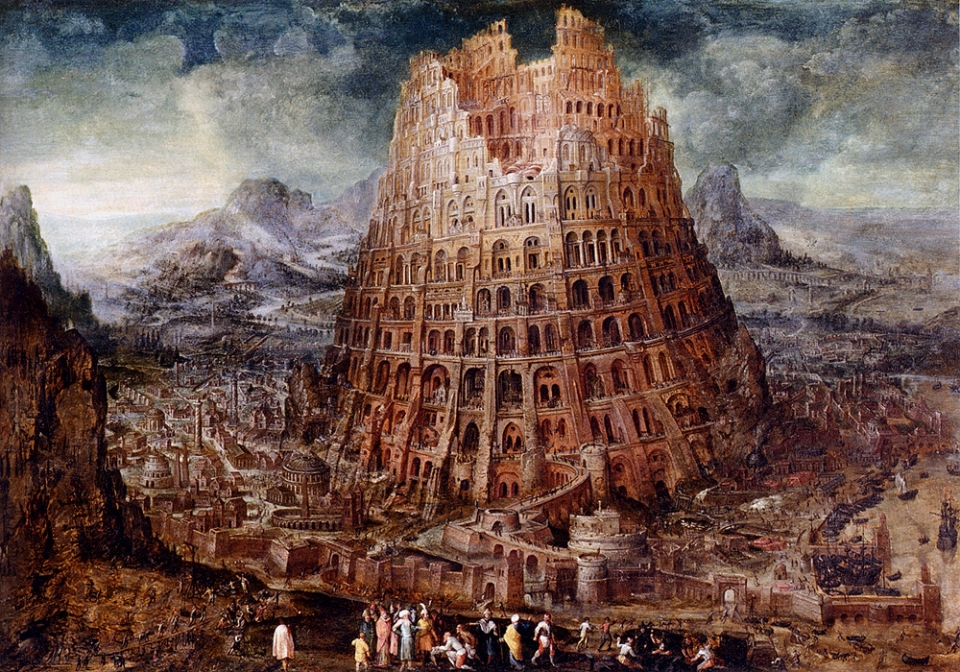 ​In my last blog post, I wrote the following:

​It saddens me that in an age where we have more ways to connect with more people than ever before, people are choosing to isolate themselves.

When I was fleshing out that post, I had hit on an idea that I ultimately removed from that post, but want to explore a bit more here. Namely, that what seems to be happening today with the Internet reminds me of a story of The Tower of Babel, a story from The Torah, or the Old Testament of The Bible.

1: And the whole earth was of one language and of one speech.

2: And it came to pass, as they journeyed east, that they found a plain in the land of Shinar; and they dwelt there.

3: And they said one to another: 'Come, let us make brick, and burn them thoroughly.' And they had brick for stone, and slime had they for mortar.

4: And they said: 'Come, let us build us a city, and a tower, with its top in heaven, and let us make us a name; lest we be scattered abroad upon the face of the whole earth.'

The Internet allows us to communicate across vast distances with anyone and everyone, regardless of physical location, bringing us all to the same virtual location. While there are a lot of languages still spoken on the Internet, the predominant one used is English. It has taken a lot of metaphorical bricks and mortar, and several decades to build, but build it we have, and people have gathered on the Internet.

It's not just the network, of course, as the network we now refer to as the Internet has been around since the end of 1969. It's the fact that we now carry access to it in our pockets, thanks to our smartphones. Our incessant use of social media ensures we are constantly reminded of the other people out there, and interaction is merely a few taps away.

5: And the LORD came down to see the city and the tower, which the children of men builded.

6: And the LORD said: 'Behold, they are one people, and they have all one language; and this is what they begin to do; and now nothing will be withholden from them, which they purpose to do.

7: Come, let us go down, and there confound their language, that they may not understand one another's speech.'

8: So the LORD scattered them abroad from thence upon the face of all the earth; and they left off to build the city.

The United States just experienced the most contentious Presidential election in the United States in many people's lifetimes, during which people shared countless political memes, articles, and statements. Many of the resulting threads were contentious and argumentative. Not only that, but our exposure to this was constant, between social media and the more traditional forms of media.

What are people doing as a result of all this? They are unfriending people, blocking them, muting them, refusing to discuss certain issues, or simply logging off the Internet. They're unable, or maybe unwilling to communicate with someone who voted differently than they did, posting messages much like this Daily Kos article on their social media of choice. You know, just in case anyone tries to engage them with a differing point of view.

It's not exactly the same as "the LORD" being responsible for confounding our language so "that they may not understand one another's speech," but it has much the same effect. It doesn't take a Rabbi or a Priest to see the parallels.